The Center for Human Resources has been a leading academic contributor of human resources and labor relations research for almost a century, from pioneering studies on productivity in the 1920s to the groundbreaking series on the status of black workers in industry in the 1960s to today’s cutting-edge commentary and research on talent management challenges and labor market outcomes.

Prasanna (Sonny) Tambe, Valery Yakubovich, and Peter Cappelli are developing a research agenda to investigate the possibilities and limitations of applying sophisticated data science techniques to traditional human resource problems. The promise of data analytics in human resource domains has far outstripped the reality in most organizations as basic challenges such as organizing databases stand in the way of even simple analyses. Will new developments in data science fields such as managing small data sets make the use of more sophisticated techniques easier? At the same time, vendors are racing ahead with machine learning algorithms that promise solutions to basic challenges such as hiring. Reality checks are in order for most of these efforts as they confront challenges such as the fairness of the outcomes and the ability to explain or justify them to users.

We are beginning this effort with a workshop bringing together data science faculty and HR practitioners experienced in workforce analytics to educate each other and look for opportunities for advancing practice.

The Conference on the Digitization of Human Resources (CODHR) takes place on the Wharton campus September 21st 2018. We expect to generate a white paper from that event that begins to outline both a research agenda and opportunities for advancing practice.

Employees and Business Performance in Retail

This project led by Liat Eldor makes use of unusually detailed data on employees, their supervisors, and very specific measures of performance of individual retail stores to examine the long-standing question of how individual workers affect organizational outcomes. What is unique in this context is that the data drills down into the attitudes of individual employees, their relationships with immediate supervisors, and an array of store performance measures – from secret shopper scores to financial performance to detailed measures of optimal efficiency, all of which are available over several years.

Claudine Gartenberg, Prasanna (Sonny) Tambe, and Peter Cappelli are examining the effects of different performance management regimes on employee behavior – a shift from extreme differentiation in rewards based on individual performance to a much more equal system – in a large organization. The project mirrors the rethinking of performance management taking place across many employers.

Anna Tavis and Peter Cappelli continue their work featured in Harvard Business Review articles about how agile project management systems are changing the work organizations work but also how supportive functions such as human resources operate.

Julianna Pillemer’s research explores how individuals communicate or “signal” authenticity in initial impressions at work. Her research also examines the mechanisms and outcomes driving whether being communicating and perceiving authenticity is beneficial for intrapersonal and interpersonal outcomes, and how these relationships evolve over social media and/or in person.

The Influence of Liquidity Constraints in Job Choice

This project led by Clay Featherstone seeks to understand how liquidity and lack of funding function as is a binding constraints for admits at Teach for America. His survey, based off of previous TFA research, addresses questions of why these aspiring teachers do not secure additional liquidity on their own, as well as why the neediest admits who did not become teachers through TFA due to lack of funds chose not to become teachers at all. This project has dramatic implications for addressing the teacher shortage in the United States.

Peter Cappelli writes about all aspects of talent management in his monthly column for HR Executive Online.

Link to Peter Cappelli’s research in the news on his Wharton web page and Penn’s search engine page for news featuring Peter.

Why Good People Can’t Get Jobs – The Skills Gap and What Companies Can Do About It
Peter Cappelli
Wharton Digital Press, 2012

“Why Bosses Should Stop Thinking of ‘A Players,’ ‘B Players,’ and ‘C Players’”
Peter Cappelli, Wall Street Journal, February 16, 2017

“How to Save Good Jobs”
Peter Cappelli, Washington Post “On Leadership,” February 10, 2017

“What Do Performance Appraisals Do?”
Peter Cappelli and Martin Conyon, NBER Working Paper No. 22400, July 2016

“Why We Love to Hate HR…and What HR Can Do About It”
Peter Cappelli, Harvard Business Review, July-August 2015

“Why Companies Aren’t Getting the Employees They Need – the Author Follows Up”
Peter Cappelli, Wall Street Journal, October 26, 2011 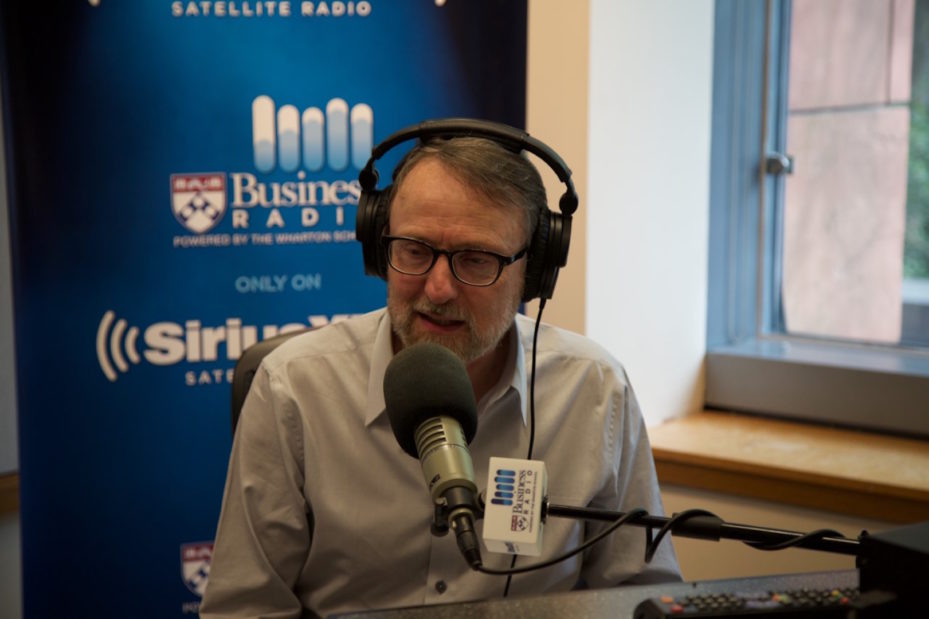 CHR Director Peter Cappelli co-hosts the live, call-in Business Radio Show, In the Workplace, focusing on topics such as the art of hiring the right people, changing careers, resolving workplace conflicts, and morePowered by the Wharton School (Sirius XM 111).

Tune into the show

Get free access to analysis of current business trends, interviews with industry leaders and Wharton faculty, book reviews and more, including a searchable database of articles and research abstracts.